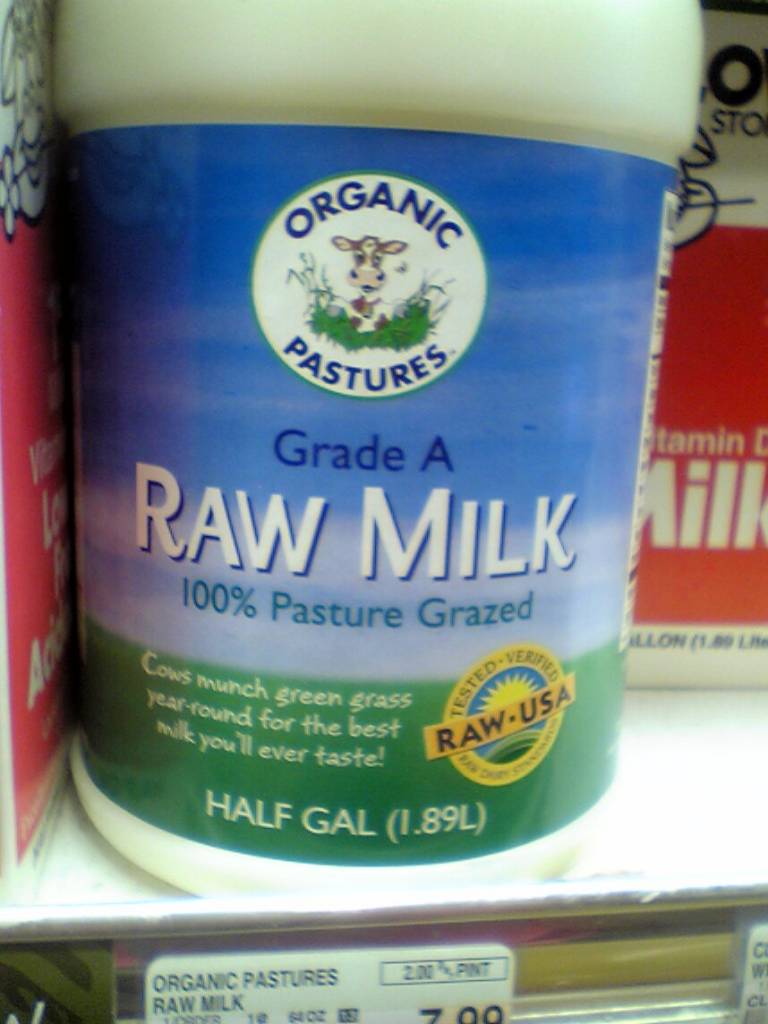 To the naked eye, milk treated by North’s machine did not appear much different from its raw predecessor. And to the fearful mind, it was safer to consume.

The Grand Designer engineered raw milk with a vital microstructure intended to provide nourishment and to complement proper digestive function. Milk’s structure consists of somewhat of a separation of powers. Its protein and fat components are meant to function independently with little to no interaction. In her book Deep Nutrition: Why Your Genes Need Traditional Food, Cate Shanahan M.D. takes us under the electron microscope to show us a side of milk seldom seen.

“…we can see the casein micelles, which are amazingly complex. Imagine a mound of spaghetti and meatballs formed into a big round ball. The strands of spaghetti are made of protein (casein), and the meatballs are made of the most digestible form of calcium phosphate, which holds the spaghetti strands together in a clump with its tiny magnetic charge. This clumping prevents sugar from reacting with and destroying milk’s essential amino acids.”

Dr. Shanahan goes on to describe the fat globules, each one unique in size and enclosed in their own phospholipid membranes. These membranes are home to various specialized proteins that protect the globule from bacterial infection. Other proteins act like special transit passes, signaling the intestines to absorb the globules without inspection. This feature allows for effortless fat digestion without the assistance of the gallbladder. As long as the fat remains disconnected from the aforementioned casein and calcium, everything runs smoothly. When the components get too close for comfort, it can be a bumpy ride.

After the heat and strain of pasteurization and homogenization, the organized world that was raw milk comes to resemble a war zone. The population of beneficial bacteria that once protected the milk (as well as its consumer) from infection is wiped off the map. The utilitarian structures of the fat globules are destroyed as the homogenization process forces them through microscopic holes. The transit passes that allowed for easy digestion go missing. This slows the digestive process, thus the myriad of digestive disturbances experienced upon consumption of pasteurized milk including gas, bloating, and constipation.

“Processing can render milk highly irritating to the intestinal tract, and such a wide variety of chemical changes may occur that processed milk can lead to diarrhea and constipation. During processing, the nice, soft meatball of colloidal calcium phosphate fuses with the fatty acids to form a kind of milk-fat soap. This reaction, called saponification, irritates many people’s GI tracts and makes the calcium and phosphate much less bioavailable and more difficult to absorb. Processed milks contain anywhere from one-half to one-sixth the bioavailable minerals of the fresh products.”

The heat of pasteurization also denatures amino acids. These damaged proteins remain in the milk where they can become toxic, allergenic, and inflammatory. And if that were not enough, an enzyme called xanthine oxidase can hide within the fat globules, passing intact through the intestinal barrier and into circulation. This is not supposed to happen. In its unpasteurized form, xanthine oxidase is broken down and rendered inactive by the digestive process. When it passes intact into circulation it wreaks havoc on our arteries causing atherosclerosis, as well as free radical damage. Ouch.

Times have changed. And so has our milk. Raw milk was once adorned for its nourishing, immune-building, disease-protective benefits by people the world over. Now it is feared. But what is to be feared is its pasteurized, homogenized, so-called “safer” alternative; a lifeless source of digestive dysfunction, damaged proteins and fats, inferior nutritional value, and clogged arteries. Not to mention the sick cows from which it comes.

One hundred years later, Charles North’s story is still being told. Despite the fact than no outbreak of illness has ever been attributed to raw milk from grass-fed cows, we remain steadfast in our willingness to trade a milk product that causes imaginary illness for one that actually contributes to poor health.

Mr. North would be proud.

This entry was posted on Thursday, December 9th, 2010 at 10:24 pm and is filed under wellness. You can follow any responses to this entry through the RSS 2.0 feed.

16 thoughts on “Under the Microscope: Raw versus Pasteurized Milk”