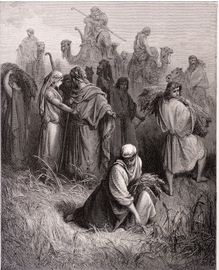 Last night, I cracked open my copy of Wheat Belly by next Tuesday’s Underground Wellness Radio guest Dr. William Davis. I’ll admit that after reading hundreds of health-related books, I’m becoming quite the book snob. If the author can’t get my attention within the first ten pages, I’m done. Moving on!

Wheat Belly had me hooked from page one. This guy can write! The information is scientifically backed, written in plain English, and absolutely spot-on. I even let out a giggle here and there. Can’t wait for our interview!

You know a book is good when you’re carrying it around the house with you – which is exactly what I was doing around dinner time. While cooking up a lamb burger (no bun), I recommended Dr. Davis’s book to my very fitness-minded roommate Jennifer. She and I have talked about the evils of grains several times before. Despite our discussions, she’s still not sold.

To her credit, my roomy brandished what I consider to be the most powerful dogma-defeating weaponry in the entire arsenal: logic.

When confronted with the erroneous misgivings of saturated fat and cholesterol by Real Food skeptics, I routinely respond by wondering aloud how an old school food (or nutrient) can cause brand new diseases. To her credit, Jennifer threw that very same logic right back at me. She wondered how grains – which have been around for at least ten thousand years – can all of a sudden cause so many health problems.

How can something that The Bible refers to as The Staff of Life be the source of so much modern illness? Didn’t God nourish the Israelites with the bread (manna) from Heaven? Well, according to gluten expert Dr. Thomas O’Bryan, seven out of ten people are sensitive to gluten, the toxic protein found in most grains! Were the Israelites somehow exempt from gluten’s wrath? Or was the all-knowing God just a little behind on his research?

The truth is that we are not eating the same grains that Moses may have snacked on as he hiked up Mount Sinai. In fact, we’re not even eating the same grains our grandparents ate! In just a mere 50 years, grains – wheat, in particular – have become a mutant species crafted by the hands of human intervention in the name of increased crop yields, resistance to drought, disease, and heat, as well as an end to world hunger – all of which are honorable causes and tremendous scientific achievements. However, the accelerated evolution of wheat through hybridization – a feat that would make Gregor Mendel proud – has been to the detriment of human health.

To understand how wheat has gone from a comparatively innocent wild grass to what the New England Journal of Medicine recently declared the cause of 55 diseases, we have to go back.

Its origins dating back to the year 8500 BC, modern wheat’s eldest ancestor einkorn grew wild in what we now call the Middle East. The Natufians – a semi-nomadic tribe – harvested the wild grain and may have been the first to store its seeds and cultivate it.

This ancient form of wheat was nothing you’d want to bake with, as its genetic makeup was fairly simple with only 14 chromosomes and very poor pliability. In other words, even if the Natufians knew how to bake bran muffins, they would have turned out flat and crumply. Instead, einkorn was ground by hand and served as a porridge.

After a rather long monogamous existence, the now-cultivated einkorn got itself a girlfriend – goatgrass – and made a baby. They named it emmer. According to Dr. Davis, “plants such as wheat have the ability to retain the sum of the genes of their forbears.” The 12 chromosomes of goatgrass combined with einkorn’s dozen, making for a more complex emmer plant containing a total of 24 chromosomes. For thousands of years, einkorn and emmer went unchallenged as the most popular forms of wheat. The latter is likely the grain referred to in biblical texts.

Due to their poor baking characteristics, chances are your lips have never touched either of these ancient crops.

You’re eating something else.

At some point – likely just before Biblical times – emmer wheat hooked up with another grass, Triticum tauschii, and made a 42-chromosome baby named Triticum aestivum, genetically closest to what we call wheat. (Davis, 20) Due to its genetic complexity, this heir to the wheat throne was more bakery-friendly than its predecessors.

For many centuries, Triticum aestivum went fairly unchanged. That is, until science recently caught up to it and elected to exploit its “genetic pliability” to develop literally thousands of varieties – only 5 varieties existed in the mid-18th century.

As mentioned earlier, while the reasons for altering wheat strains through man-made intervention is both understandable and commendable, no studies were ever conducted to confirm their safety when consumed by humans. It was assumed that wheat was, well, just wheat. This, too, is understandable – in my opinion – since the research on gluten-related illness was in its infancy at the time.

To understand just how much wheat has changed in just a mere half-century, I suggest you put your thinking cap on, and let Dr. Davis preach the gluten-free gospel!

“The gluten proteins produced by einkorn wheat, for example, are distinct from the gluten proteins of emmer, which are, in turn, different from the gluten proteins of Triticum aestivum. Because fourteen-chromosome einkorn, containing the so-called A genome (set of genes), has the smallest chromosomal set, it codes for the fewest number and variety of glutens. Twenty-eight chromosome emmer, containing the A genome with the added B genome, codes for a larger variety of gluten. Forty-two-chromosome Triticum aestivum, with the A, B, D genomes, has the greatest gluten variety, even before any human manipulation of its breeding.

“Hybridization efforts of the past fifty years have generated numerous additional changes in gluten-coding genes in Triticum aestivum, most of them purposeful modifications of the D genome that confer baking and aesthetic characteristics of flour. Indeed, genes located in the D genome are those most frequently pinpointed as the source of glutens that trigger celiac disease.

“It is therefore the D genome of modern Triticum aestivum that, having been the focus of all manner of genetic shenanigans by plant geneticists, has accumulated substantial change in genetically determined characteristics of gluten proteins. It is also potentially the source for many of the odd health phenomena experienced by consuming humans.” (emphasis is mine)

In other words, today’s wheat contains more destructive gluten than ever before. We have derailed Mother Nature’s natural order and seemingly created the trans fats of the grain family, trading our health for better baking.

But as Dr. Davis acknowledges, it’s not your fault.

Tune in tomorrow when we’ll discuss how the government’s recommendation to eat more whole grains has been a disaster, and how a slice of whole wheat bread may be worse than consuming table sugar.

This entry was posted on Wednesday, September 21st, 2011 at 2:01 pm and is filed under wellness. You can follow any responses to this entry through the RSS 2.0 feed.

20 thoughts on “These Ain’t the Same Grains!”