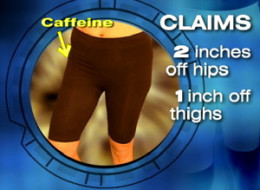 It’s been mighty quiet around these parts this week.

Last week, I came to the conclusion that keeping up with my almost-daily blogging while writing an e-book was going to be next to impossible.

The book is coming along better than I could have ever imagined. Having a coach makes a BIG difference. He has been a tremendous help in walking me step-by-step through each part of the process.

Last night, I made it to page 45, which I consider to be the point of no return. It’s getting DONE this time. At this pace, I should be finished with my first draft by the 10th of June. Then, I can start editing and hire someone to design the book layout.

There’s a light at the end of this tunnel!

Book aside, there were a couple news stories that I wish I had the time to blog about this week. The first was front-page news regarding the World Health Organization’s declaration of cell phones as possible carcinogens.

Didn’t I just blog about this? (links below)

Looks like we were ahead of the game, as usual. Another win for the underground.

I write it. People roll their eyes. Then shortly thereafter, it makes headlines. That’s typically how it works.

Speaking of cell phones, we heard back from Dr. Devra Davis’ people (author of Disconnect: The Truth About Cell Phone Radiation). She’ll be on UW Radio very soon to tell us even more than the WHO revealed.

From the Ridiculous File…

Last year, Good Morning America sent me through the roof with their segment on The Cookie Diet. Yesterday, they did a fun little piece featuring caffeine-infused leggings that claim to take two inches off your hips and one inch off your thighs by just wearing them for five hours a day for 21 days.

Now, this is silly. I almost choked on my breakfast.

Apparently, America has a caffeine deficiency…in our pants. Obesity solved.

Then again, stories like this should motivate us to keep spreading the word about real health and fat loss. We’ve got a quite a mountain in front of us, but that won’t keep us from climbing.

The people of the world need us to save them from amped-up pants.

That’s all for me. No radio show tonight. Gotta write and watch the Heat crush the Mavs.

Allyson will be uploading a radio show clip from our show with Chris Kresser today. It’s a goodie! Check it out on the YouTube channel.

I have a Friday Fun Day workout video with Brett Klika in the can. Your abs will burn! Look for it right here tomorrow.

Cell Phone Blogs
Cell Phone Safety: I am (NOT) SAM!
My iPhone & My Fertility: A Love Story

My friend SAM has a humongous head.

That thing must weight at least eleven pounds.

Then again, SAM’s a pretty big guy in general. In fact, he’s a beast.

Standing in at six-foot-two, his size and mass are about equal to the top 10-percent of all military recruits.

I like to give SAM a hard time about his head. I hope he doesn’t mind me blogging about it.

Sometimes I wonder if there are any brains in that noggin. There are days when I could have sworn I heard water sloshing around in there!

But I’ll give him the benefit of the doubt. At SAM’s age, I would imagine his brain is fully developed with a nice thick skull. But you never know. His weird habit of talking on his cell phone for only six minutes at a time makes me wonder. Dude doesn’t like to talk much.

Okay, okay! SAM isn’t really one of my buddies. He’s a figment of scientific imagination created back in 1996 to estimate safe exposures to cell phone radiation.

His given name is Standard Anthropomorphic Man.

SAM’s brain is unlike any human I’ve ever known. He has no hypothalamus or medulla oblongata (I love saying that). Nope, his brain is perfectly uniform. In the 90s, scientists poured liquids of differing densities into SAM’s plastic dome to measure how much radio frequency (RF) radiation reached specific parts of his “brain” as a cell phone is held ten millimeters (about 1/3 of an inch) from his ear. (Davis, 75)

When was the last time you held your cell phone 1/3 of an inch from your ear?

SAM may have liquid for brains, but at least he practices cell phone safety. Then again, Blackberry phones come with instructions suggesting that you hold your device at least 0.98 inches away from your body. 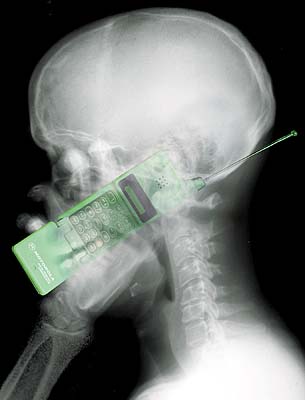