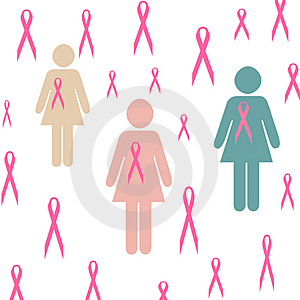 Many corporations today run campaigns to raise money for breast cancer awareness, which is great. But where is that money going? Avon claims to be the largest corporate supporter of the breast cancer cause in the US. Estée Lauder’s Annual Breast Cancer Awareness Campaign, known as “The Power of a Pink Promise” and Revlon’s 5K Run/Walk are high-profile efforts to raise money for the cause. The problem is that all 3 of these companies opposed a California bill that would require cosmetic companies to disclose their use of chemicals linked to cancer or birth defects. In a 2005 report including a list of “Top 20 Brands of Concern” based on toxicity, the Revlon and Estée Lauder brands were ranked 8 and 9 on the list, respectively. None of the three companies have signed the Compact for Safe Cosmetics, a pledge to remove hazardous chemicals and replace them with safer alternatives. Instead, they fight to keep the cosmetic industry unregulated.

Seems strange that these companies refuse to address that their products contain ingredients linked to breast cancer, all the while presenting themselves as leaders in raising money for the cause. If these companies were authentic in their support for the cause, they would take steps towards using safer ingredients instead of defending their use of hazardous chemicals. Jeanne Rizzo of the Breast Cancer Fund puts it best: “It points out a lack of sincerity about the issue. They chose breast cancer because it’s women and that’s their market”.

Rizzo does point out that having an iconic symbol like the pink ribbon is not a bad idea. For many women, wearing the pink ribbon and participating in community events is important and validating. But the pink ribbon focuses on “awareness” and “hoping for the cure”, not prevention. With a disease as widespread as breast cancer, step one should be preventing women from getting the disease in the first place. After prevention comes detection and treatment.

The co-founder and major sponsor of Breast Cancer Awareness Month is AstraZeneca (formerly Zeneca), the world’s third largest drug company and manufacturer of the cancer drug tamoxifen. Tamoxifen is the most widely prescribed breast cancer drug to date. When National Breast Cancer Month was created in 1985, Zeneca was owned by Imperial Chemical Industries, a multi-billion-dollar producer of pesticides, paper and plastics. In 1990, the company was named in a federal government lawsuit for allegedly dumping DDT and PCBs into the Los Angeles and Long Beach harbors.

What we have here is a serious conflict of interest. AstraZeneca, a spin-off of one of the world’s biggest manufacturer of carcinogenic chemicals, not only has control of breast cancer treatment and chemoprevention studies, but control of the message of National Breast Cancer Month as well. The message? Focus on early detection and treatment. Detection and treatment are undeniably important for women who currently have cancer but the message does not address the equally important factor of preventing women from getting breast cancer in the first place. They make the chemicals and run the treatment centers. No wonder they don’t tell you about breast cancer prevention.

While it seems that at first glance cosmetic companies with pink ribbon campaigns and pharmaceutical companies with treatment options are committed to supporting breast cancer awareness, why won’t they promote prevention? According to the Think Before You Pink campaign, pink ribbon campaigns actually do more for a company’s profits than they do for the breast cancer cause. Even the American Cancer Society has exhibited questionable behavior towards cancer prevention strategies. They are frequently quoted in the press urging cautious interpretation of evidence linking chemicals to breast cancer stating “there are real uncertainties about animal studies”, despite the fact that the US National Toxicology Program says animal studies on phthalates (a harmful chemical found in many personal care products) are likely to predict negative reproductive effects in humans.

Cancer is everywhere and it has become everyone’s problem, but everyone needs to be part of the solution too, especially wealthy corporations who brand themselves to breast cancer. Before you purchase a “pink ribbon” product, ask yourself a few things. What is the company doing to assure that its products are not actually contributing to the breast cancer epidemic? To what breast cancer organization does the money go and what types of programs does it support? How much money from your purchase actually goes toward breast cancer? Is the amount clearly stated on the package?

We want to win the fight against breast cancer but to get there we need to start with prevention. Take the necessary steps to remove hazardous personal care products from your daily routine. Support and donate to campaigns focused on preventing the disease. And of course, don’t be fooled by the pink ribbon packaging.

This entry was posted on Wednesday, January 5th, 2011 at 9:00 am and is filed under wellness. You can follow any responses to this entry through the RSS 2.0 feed.

21 thoughts on “Think Before You Pink”