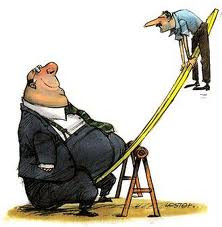 Maybe it’s just me, but I would assume that early detection of these antibodies (we’ll discuss this tomorrow) as well as addressing the faulty immune system would be a much more effective approach in controlling autoimmunity.

Notice that I used the phrase “controlling autoimmunity”. Once the autoimmune genes have flipped on, they stay on. The best we can do is contain them. This may be discouraging for some, but containment is certainly preferable to severe tissue destruction.

Think of it this way. You can turn your car around and drive with traffic instead of against it.

Understanding the cast of characters playing a role in autoimmunity is paramount to containing it. The key players we will discuss today are the mucosal/intestinal barrier, the TH-1 and TH-2 immune systems, the regulatory T-cells, and TH-17 system.

You’re Letting the Flies In!
A healthy mucosal barrier acts like the screens that cover your windows, letting the good guys in and keeping the bad guys out. This protective mucosal layer lines your airways, lungs, intestines, and reproductive tract.

Your intestines are where 80% of your immune system resides. When the intestinal barrier is compromised, it is like a kid coming around and poking holes in your window screens on a hot day with no air conditioning. Next thing you know, you’ve got a house full of flies, gnats, and mosquitoes. Ugh!

When your intestinal barrier is compromised due to inflammation, bacterial and/or fungal overgrowth, parasites, stress, medications, and/or food sensitivities, you’re in the same predicament as you were with the holey window screens. But this time undigested food particles and various gut bugs can cross over into your bloodstream where they’re not welcome. When this happens, your immune system recognizes these antigens as invaders and mounts an immune response to fight them off. In other words, it acts just like you when you have a room full of flies. Your immune system grabs a magazine and starts whacking away!

Of course, you can’t spend your whole summer swatting flies. If you’re smart, you’ll go to the hardware store and buy yourself some new window screens. And maybe give that crazy kid a spanking. We’ll get back to this. The new screens. Not the kid.

Playing Seesaw with the Fat Kid
The design of your immune system is something to behold. It makes nerds like me get all excited and stuff!

The two pathways of primary importance to those with autoimmune reactions (antibodies only, no diagnosis) and autoimmune disease (severe tissue destruction, diagnosed) are the TH-1 and TH-2 systems.

The TH-1 system goes on the attack when it encounters an invader (antigen). You can think of it as the FBI chasing after the bad guys.

The only problem with this FBI squad is that they got hit hard by federal budget cuts and lost their vision coverage, making them dependent on the TH-2 system to properly identify intruders for them in the case of future antigenic invasions. The TH-2 system does this by tagging intruders and entering them into a criminal database. That way, the next time the intruders attack, the TH-1 system will be ready to pounce all over them.

An imbalance between these two systems is where the immune system goes wrong and autoimmunity begins. If the two sat on opposite sides of a seesaw, they should both have their feet off the ground. However, when the systems become polarized with one side of the seesaw on the ground and the other way up in the air, you should start looking for oncoming traffic.

An overactive TH-1 system is an immune system in “shock and awe” attack mode just looking for something to go after, including your own harmless tissues, glands, and organs.

An overactive TH-2 system is one that gets tag-happy, sticking tags on everything it can, including innocent bystanders like perfectly healthy foods you consume every day. Consequently, mistaken identity goes on the rise with your immune system committing frequent acts of friendly fire.

Regulators! Mount up.
If the dominance of one side of the immune system is keeping the seesaw from moving, you need the help of the T-regulatory (T-3) cells to even them out. Think of them as seesaw-balancing specialists. When these cells are asleep on the job, imbalance occurs and one side of the seesaw hits the dirt.

Quite interestingly, opioids stimulate T-regulatory cell activity. This is why many autoimmune conditions go into remission while spending time laughing with loved ones.

There’s Always a Villain
The final character in this immunological movie is TH-17. He’s all about drama. The severity of autoimmune flare-ups depends on the activity of TH-17. When activity is high due to increased stress, lack of sleep, or depleted glutathione, bad things happen.

Did someone say “glutathione”?

Sorry, guys! I’m out of time. Gotta wait until tomorrow when you’ll learn how raising your glutathione levels repairs the intestinal barrier, balances TH-1 and TH-2 via activation of T-regulatory cells, turns down that big meanie TH-17, and much more!

This entry was posted on Monday, May 16th, 2011 at 3:36 pm and is filed under wellness. You can follow any responses to this entry through the RSS 2.0 feed.

15 thoughts on “The Glutathione-Autoimmune Connection! (Part 1)”