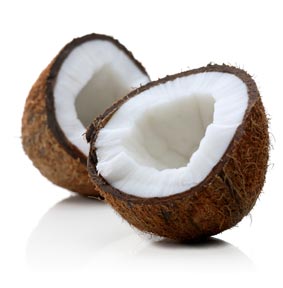 Back in the 80s, when saturated fat was put on full-blown leper status for its link to cholesterol and heart disease, the American Soybean Association went on a public relations blitz to oust all tropical oils from our diets and replace them with their multi-billion dollar cash cow, otherwise known as “heart-healthy” vegetable oils.

Never mind the fact that generations of tropical people had consumed tons of coconut oil while showing no evidence of heart disease. Nope, those folks must have been exempt from the lipid hypothesis. Coconut oil only targeted American arteries.

But even if cholesterol were the evil terrorist it was made out to be, coconut oil wouldn’t have had any effect on it anyway.

Yes, coconut oil is very high in saturated fat. But that’s a good thing. There are many different types of saturated fats. Some are long. Some are short. Coconut oil is somewhere in between, as it is composed primarily of medium-chain fatty acids (MCFAs).

Where the soybean industry dropped the ball was its convenient neglect of the fact that MCFAs are burned immediately for energy. They’re not stored as fat. Nor are they converted to blood cholesterol. So even if elevated cholesterol did have anything to do with heart disease, coconut oil certainly was not the culprit.

In fact, the polyunsaturated vegetable oils the industry was pushing as a replacement were far more dangerous. I’m trying to keep this blog short (never happens), but the more unsaturated an oil is, the more prone it is to oxidation.

Coconut oil is super-saturated and chemically stable, making it less vulnerable to oxidation and all of the health dangers that go with it. It even remains stable under high heat, making it the preferred oil for cooking.

There are three things that cause unsaturated oils to oxidize or go rancid: heat, light, and exposure to oxygen. Remember that the next time you fry your chicken in that vegetable oil you keep on the kitchen counter in a clear plastic bottle.

According to Fife, “all conventionally processed and refined oils are rancid (oxidized) to some extent by the time they reach the store.” Most of time, you can’t even tell if the oil you bought is rancid or not since the smell and taste may not change.

And cooking with these oils just makes a bad situation even worse by creating toxic trans fats, which cause all kinds of cellular dysfunctions including many cancers and yes, heart disease!

Oxidized oils generate a tremendous amount of free radicals in the body. These free radicals can damage your DNA, cellular organelles, enzymes, and cell membranes. No bueno. They can also damage your arteries, creating a cascade of events that eventually lead to atherosclerosis, or hardening of the arteries.

Sheesh. You can’t make this stuff up!

See you in a couple days. We’ll talk about how coconut oil actually boosts the immune system and is one of the few foods that can battle bacteria, viruses, parasites, and fungus. The stuff is just incredible.

Time to head over to David Getoff’s home to film Episode 4 of the Underground Wellness Show.

Looking forward to reading and replying to your comments. You can also TWEET ME at @ugwellness.

This entry was posted on Tuesday, April 19th, 2011 at 4:54 pm and is filed under podcast, wellness. You can follow any responses to this entry through the RSS 2.0 feed.

20 thoughts on “I Heart Coconut Oil!”