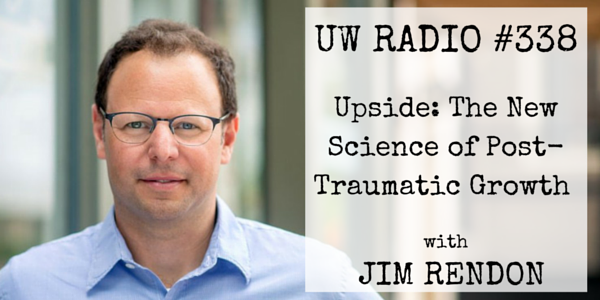 In a world riddled with war and tragedy, post-traumatic stress disorder (PTSD) has received its rightful share of media attention depicting the long-term psychological effects of trauma.

However, the side of the story seldom told is the findings of a relatively new field of research on the science of post-traumatic growth.

In other words, bad things can make people … better people.

In today’s episode of UW Radio, Jim and I discuss WHY trauma can have a transformative effect and the 4 factors that best predict HOW MUCH we grow in the face of trauma and tragedy.

I’m really excited about this episode, as we’re covering a topic seldom addressed in the online health space. I hope you can share with anyone you know who may be struggling through the effects of a life-altering, traumatic event.

(1) Quotes and statistics from Upside: The New Science of Post-Traumatic Growth

This entry was posted on Wednesday, August 19th, 2015 at 10:40 am and is filed under podcast, wellness. You can follow any responses to this entry through the RSS 2.0 feed.