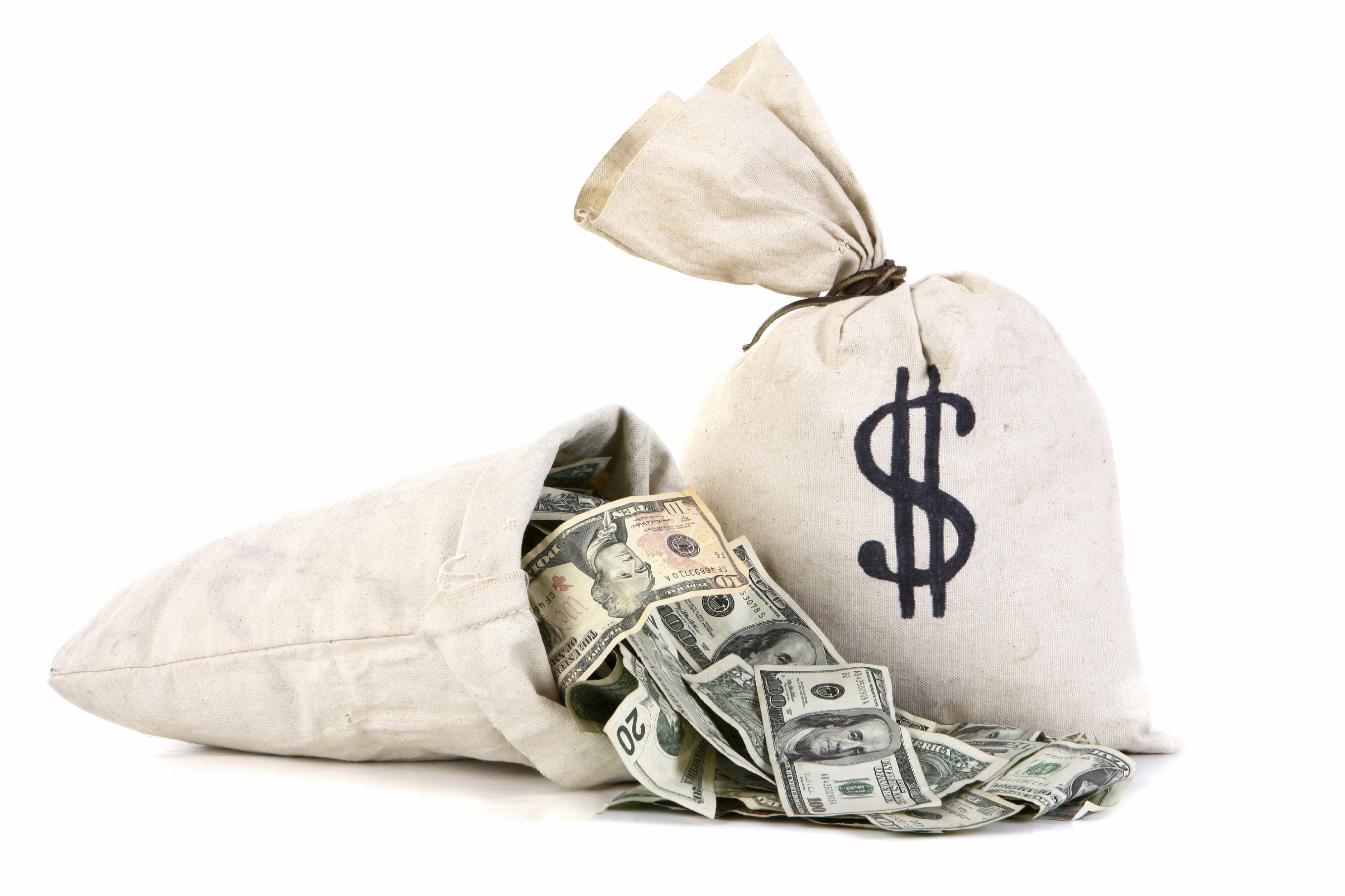 Living in a one room shoebox on the shadier outskirts of downtown San Diego in 2008, a friend recommended that I read a book called Why You’re Dumb, Sick, and Broke written by a filthy rich multilevel marketer (MLM, yuck!) named Randy Gage.

I could have taken offense to the recommendation. But if anyone could help me understand my tendencies for self-sabotage when it came to cold hard cash, I was all for it. Bring it on.

I’m not sure if it was in the first or second chapter — I let someone borrow the book, and you know how that goes… — when the author and MLM king dropped a life-altering truth bomb on me. He said…

He was right on the money. Pun intended.

I mean, I couldn’t go ten minutes without thinking about money. How I was going to make rent before the grace period ended. How many months I could skip a utility payment before they sent me the pink notice. If the glue in my “talking” shoes would hold up until payday.

As Snoop would say, I had my mind on money and my money on my mind.

Though Mr. Gage’s golden nugget made me realize that it was not “they”, but me, who held an incessant preoccupation with currency, I still lived check to check for another two or three years.

Well, the answer to that question is a savage beast that clobbers dreams and destroys human potential.

I cared what people would think of me.

I was afraid to raise my personal training and health coaching rates because I felt like my clients would abandon me.

I passed up on potential business opportunities because I didn’t want to be labeled a sellout.

I felt alone. Whenever I brought up my dreams of turning my passion for health and wellness into a thriving business, the people closest to me would just shoot them down.

I had become increasingly afflicted with that gnawing feeling of living below my potential out of cowardice and above my credit limit out of necessity.

I wouldn’t call that comfort.

In fact, it’s that very same gnawing feeling of low self-worth and fear that drives some people to leap from bridges, both literally and figuratively.

Yet it’s also has the power to push others to take leaps into the unknown, to take the homeopathic approach of curing like with like. To fight discomfort with discomfort.

I chose the latter.

To do or not do. Both can be equally painful. The former can leave you exposed to public failure and ridicule. The latter can eat away at you, giving you a haunting case of the what ifs.

To do or not to do is a choice.

My choice was ultimately made in the summer of 2011. After over a year of painstaking deliberation, I decided to follow in the footsteps of Randy Gage and go the route of multilevel marketing.

In hindsight, I still can’t believe my first product promo on Underground Wellness Radio — one of the leading sources of trustworthy health information — was an antioxidant manufactured and distributed by a much-vilified network marketing industry. Ballsy, to say the least.

I remember checking my Facebook page after the show and finding several “sellout” comments.

But I’ll tell you what feels damn good — finding a check for $8000 in your mailbox the next week. And then another the following week. And then…

Well, you get the point.

That’s when I learned the ultimate lesson, that it’s not my job to make everyone happy.

No, my job is to help people get healthier with the best, most credible information I can provide them. Period.

As John Demartini says, to acquire wealth you have to find someone to serve and something to sell. It’s really that simple.

To make a long story short, the money I made from my leap into multilevel marketing allowed me to shut down my coaching business and take four months off to write and publish The Dark Side of Fat Loss, a childhood dream come true.

The earnings from The Dark Side of Fat Loss funded The Paleo Summit, my first online event. Those proceeds bankrolled The Real Food Summit, which pumped up the budget for The SexyBack Summit, which fueled Real Food Con and The Thyroid Sessions. And now we’re on our way to producing the internet’s most badass event ever, The Digestion Sessions launching in November.

With each online event, my team and I have been able to help and serve more and more people. As our budget grows, so does our impact. Everyone wins.

Money isn’t bad. It’s just sheets of green paper with no inherent meaning but the one we give it.

Money employs people. Feeds and clothes the needy. Sponsors sports programs. Builds schools for the underprivileged. Helps 100,000 people get the information they need to heal their thyroids.

Marianne Williamson writes, “Having money is like anything else; a tool. And if you see it that way, making it not just about you, but about a way that you can play a part in the dynamic by which money is used for the betterment of all things, then having money is not only a blessing, it’s a responsibility.”

Money is a responsibility.

Again it’s a choice. A choice to embrace responsibility and the change you can make in the world, or the choice to dodge it and remain steadfast in your fears of becoming one of “them” and/or your concerns of what people might think. To feel the gnaw.

For me, the gnaw is gone. As is the debt. The pink slips. The unsupportive friends. The downtown shoebox. The talking shoes and the glue.

What remains is the fear. It will always be there. I’ve just learned how to dance with it better.

This week on the podcast, Jen Sincero, author of You are a Badass, joined me for a discussion on these very topics — money, fear, and success. Why we do and not do.

This was easily one of my favorite shows of the year. Click the player below to listen to the entire episode!

Stuff Mentioned in This Episode
You are a Badass
Why You’re Dumb, Sick, and Broke
Secrets of the Millionaire Mind
The Dark Side of the Light Chasers
Jen’s FREE Coaching Videos