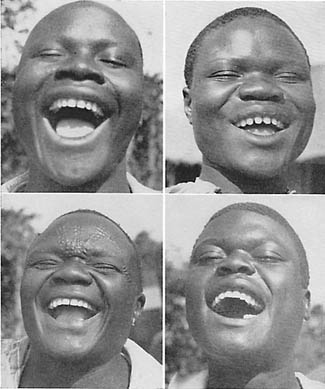 The proven blueprint has been abandoned, resulting in recurrent manufacturer error. Quality control is at a historic low. Defective parts are ubiquitous. As expected, upper management denies all culpability, preferring to place blame elsewhere. Absent of a systematic rehabilitation of current practices, crisis appears inevitable.

The situation described above is certain to spawn public outcry. Picketers would line up in droves. The media might even show up. However, the manufacturing oversights I speak of are human in nature, not merchandise.

Not that long ago, missionaries and explorers chronicled their encounters with “superhuman warriors” possessing superior bravery, intellect, athletic prowess, and immunity to disease. These indigenous people lived long healthy lives free of heart disease, cancer, and the innumerable disorders of modern man. They embodied both physical and mental perfection, with beautifully symmetrical facial structures; open nasal passages for unobstructed breathing, wide jawbones that fit all of their cavity-free teeth (wisdom teeth included), and eyes without need for glasses. Their demeanor was described as pleasant. Villages had no need for jails, mental institutions, or even hospitals.

Elderly natives aged gracefully, remaining able-bodied and of sound mind. They were the protectors of the wisdom that allowed their kin to physically and mentally thrive while producing strong progeny to carry on tradition. Much of this wisdom was dietary in nature. However, textbooks in nutrition were not necessary. Instead, they depended on countless generations of astute observation in how food influenced development.

Reproduction was not taken lightly. In many cultures, preconception and pregnancy diets were mandatory, with fish eggs (high in brain-building fats DHA and EPA), organ meats (high in fat-soluble vitamins), and specially prepared grains (high in minerals) served to young women wishing to build strong offspring. Men were not exempt, as they too were placed on special diets before marriage and conception. To avoid Second Sibling Syndrome (we’ll discuss this later), the births of offspring were spaced by 3-4 years in order for the mother to rebuild her nutrient stores that had been depleted during her previous pregnancy. These “primitive” natives had reproduction down to a science.

Although indigenous people likely knew nothing of chromosomes or DNA, they recognized a distinct relationship between diet and genetic expression. According to Catherine Shanahan MD, author of Deep Nutrition: Why Your Genes Need Traditional Food, such meticulous nutritional protocols were a matter of preserving genetic wealth, the genetic legacy endowed and entrusted to each generation by the hundreds, if not thousands, of generations that preceded them.

Protecting thousands of years of genetic wealth is a responsibility of the highest order. Failing to adhere to the reproductive blueprint may alter genetic momentum, producing inferior, defective offspring thus weakening the tribe. These people were well aware that the nutritional misdeeds of a single generation could have an impact on not only their children, but also their grandchildren and even great-grandchildren. Genes have a long memory.

They also have a short fuse.

In the 1930s, nutrition pioneer Weston Price photographically chronicled the rapid physical and moral degeneration of isolated indigenous people when exposed to what he termed the foods of commerce: white sugar, flour, table salt, and pasteurized milk. Confirming traditional wisdom, the offspring of those consuming such nutrient-depleted foods exhibited altered genetic expression including narrow jaws, crowded teeth, poor eyesight, constricted airways, less pleasing dispositions, as well as the sudden appearance of the diseases of civilization that were previously absent. In other words, in a single generation these superlative human specimens morphed into…well, us.

This entry was posted on Monday, November 15th, 2010 at 1:18 am and is filed under wellness. You can follow any responses to this entry through the RSS 2.0 feed.