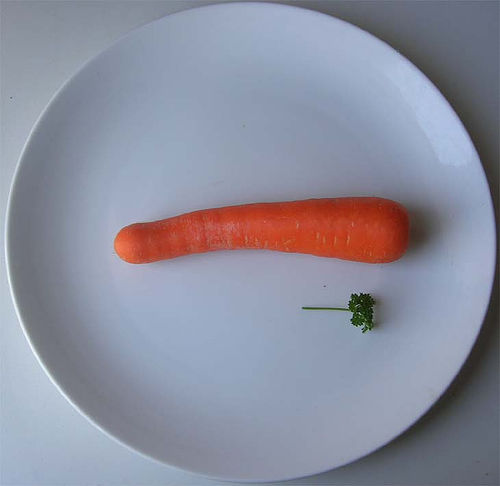 This is Part 3 of my series on aging and oxidative stress. If you missed Part 1 and Part 2, please check them out.

I’ve never been a fan of calorie restriction. Just the thought of it makes me ravenous and irritable. I like to eat! However according to science, my exuberance for forage comes with a hefty price.

Food is my best friend. Aging is my worst enemy. Research shows that we can’t have one without the other. Studies on various animals and fungi have consistently demonstrated the benefits of caloric restriction on the aging process. Thus the conundrum:

Feed my belly and shorten my life? Or live longer and just learn to deal with the hunger pangs? Hmm…

As much as I’d like to meet my great-grandchildren, a 1200-calorie diet doesn’t sound so appealing. Sorry, kids.

In fact, I have the double whammy, a love for eating and intense exercise. Yes, exercise is good for us. However it also increases the metabolism, which generates more free radicals! It’s not fair.

Research on endurance athletes shows that they have a higher incidence of free radical diseases such as heart disease, neurological disorders, and cancer. My own clinical experience has confirmed this finding as every single athlete I have worked with has had sky high lipid peroxides, a marker for free radical damage. Of course this doesn’t mean that we should stop exercising. But if you’re a triathlete, marathoner, cyclist, or even a Crossfitter, you should keep an eye on your lipid peroxides. Endurance athletes should also work just as hard topping off their antioxidants as they do their glycogen stores.

Inflammation: As an appropriate response to infections, injuries, and burns, the body increases its metabolism thus increasing free radical production. Smoldering infections are very common, lingering around outside of conscious awareness and accumulating cellular damage.

Stress: Stress comes in many forms, but mental/emotional stress may result in free radical damage to the brain’s vital neurochemicals (epinephrine, norepinephrine, and dopamine). To make matters worse, stress also breaks down the hippocampus, the area of the brain responsible for memory. The result may be neurological disorders such as Alzheimer’s and dementia.

Radiation: While the sun is not as evil as it made out to be, excessive sun exposure can deplete the skin’s antioxidant supply. The sun’s rays penetrate the skin, interacting with the skin cells to produce free radicals. Without sufficient antioxidant protection, skin damage and various cancers may result. As a general rule, tan but don’t burn.

X-rays: It is ironic that women over the age of 40 are encouraged to have yearly mammograms as a preventive measure, but each x-ray exposure increases her free radical production and cancer risk! Free radicals from x-rays may damage DNA, creating the conditions for cancer. Though a single exposure is minor in nature, the effect is cumulative. It is important that anyone exposed to radiation supplement with antioxidants to increase their defense against oxidative stress and its associated diseases.

Low Magnesium: Most people are deficient in many nutrients, however a deficiency in magnesium doubles the number of free radicals in the body, making them twice as dangerous. Magnesium works within the cells. Therefore a blood test will not indicate accurate levels. Be sure to request a red blood cell (RBC) magnesium test from your doctor or practitioner.

We’re all doomed! In a world of overeating, inflamed, stressed out, toxin-exposed people who love to play in the sun, request x-rays for minor injuries, and train for marathons while fueled by low magnesium diets, it’s no wonder life expectancy is declining.

Tell my great-grandkids I love them.

The chips are stacked against me, but I am still committed to aging gracefully. Lab testing is available to track down infections and inflammation. My mental/emotional stress load is up to no one but me. I can reduce my toxic load by using quality natural products, drinking clean water, and consuming whole foods from properly-raised animals and organic fields. I can avoid excess sun and radiation exposure. And I can keep my magnesium levels up by consuming nuts, leafy greens, and tolerable grains.

But I refuse to starve myself! Those lab rats may have lived longer on less food, but I’m sure they were miserable.

This is war. When free radicals attack, we have to fight back. In addition to lifestyle modifications, maximizing our antioxidant defenses is the most powerful weapon in the ongoing battle against oxidative stress. But is it as easy as supplementing with vitamins, eating our fruits and vegetables, and drinking our gogi berry juice? Not a chance.

Tune in next time.

This entry was posted on Sunday, September 19th, 2010 at 1:18 pm and is filed under wellness. You can follow any responses to this entry through the RSS 2.0 feed.

12 thoughts on “Anti-Aging: I Will NOT Starve Myself!”