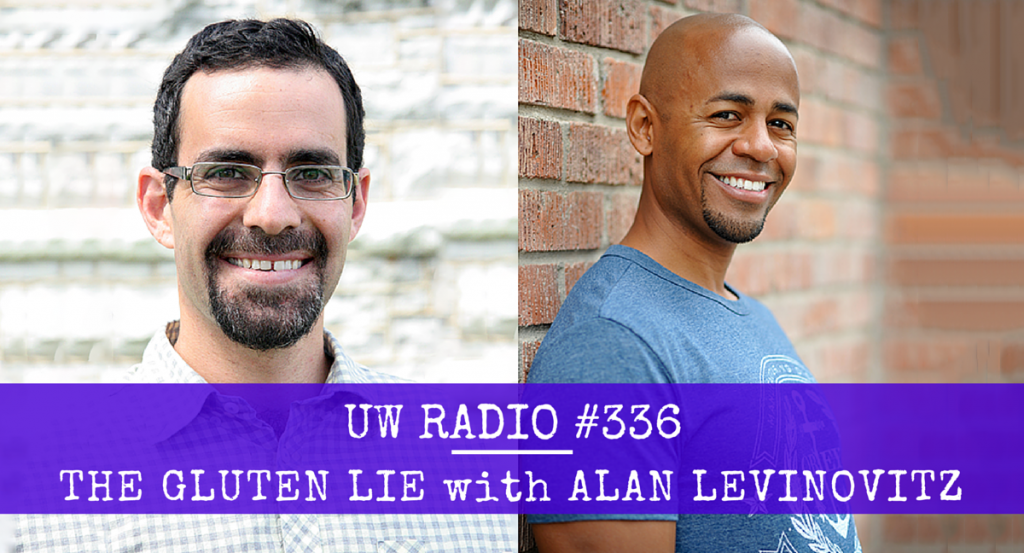 Underground Wellness Radio is officially BACK with a brand new interview with Alan Levinovitz, author of The Gluten Lie.

Is Alan saying that there’s no such thing as celiac disease or non-celiac gluten sensitivity?

But he does make some very interesting and valid points about WHY so many people are suddenly becoming gluten sensitive when they never really had a problem with it before.

If you watched The Depression Sessions, many of our experts discussed the power of belief when it comes to the effectiveness of antidepressant drugs.

In other words, there’s a lot of science showing that antidepressants work because the person taking them believes they will work. In many studies, people given sugar pills that they think are antidepressants experience elevations in mood and energy. That’s called the placebo effect, of course.

But have you heard of the nocebo effect?

Basically what happens is, subjects in a study are told that a medication has particular side effects. BUT when they are given a placebo instead of the actual medication, many will experience the side effects anyway.

So, is it plausible that a lot of people (but not all people) experience the symptoms of gluten sensitivity because they’ve been told that gluten causes every symptom under the sun, although they don’t have celiac disease or non-celiac gluten sensitivity or any “real” physiological issue with gluten?

Is it possible that the constant barrage of information on the many evils of gluten (which I’ll take some responsibility for) is inducing a nocebo response?

It’s an interesting topic, one that Alan and I discuss during today’s episode.

“Make no mistake: despite their credentials, these men are sensationalists, not scientists. Citations and jargon notwithstanding, their books are filled with slick, manipulative, unscientific hyperbole designed to scare the crap out of you…”

I posted today’s episode on the Facebook page yesterday and the early feedback has been excellent. Listeners are seeming to be more open to Alan and his ideas than they thought they’d be.

See you next week with a new episode with heart disease expert Dr. Joel Kahn.

This entry was posted on Thursday, August 6th, 2015 at 10:22 am and is filed under podcast, wellness. You can follow any responses to this entry through the RSS 2.0 feed.