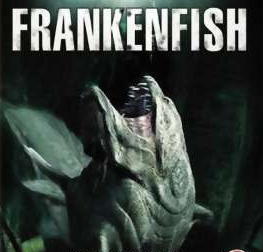 When I was just a little guy, one of my favorite movies was Weird Science. I wanted to be just like Gary and Wyatt, taking magazine clippings of their ideal female features, hooking them up to electrodes, and creating Lisa, the perfect woman.

Fast forward 20 years and reality is swiftly becoming weirder than fiction. No, the perfect woman has yet to be developed. Well, unless you’re my amazing girlfriend, of course. But if the fossil record is correct and fish were truly the first to evolve into land dwellers, we may be well on our way.

It all began with fish.

Yet again, history is on the precipice of repeating itself. Pandora’s Box is on the verge of losing its lid. The fish is back at it. This time it’s genetically modified and it’s ready for your plate.

The FDA never ceases to amaze me. Just when I thought I had seen and heard it all, the Big Brother of Food Policy has announced that a genetically modified line of Atlantic salmon pending approval poses no harm to humans. When you cut through the doublespeak, this means:

“Pretty soon we will be approving GMO salmon and will require zero labeling for it, so you will have no idea if the salmon on your plate is a Frankenfish or not. Unfortunately, we have no long-term research on this new fish that has never been consumed by human beings in the history of the world, but you’ll be okay. We promise! Actually, even though we’re the federal food police, we did absolutely no research of our own on this fish. We left it up to the company who invented it and also stands to profit from it. Anyway, you’ve been unknowingly eating GMO corn and soy by the boatload for years. You’ll be just fine!”

Boy, do I feel safe.

Let us not forget that this declaration of safety comes from the very same agency that can’t seem to get a handle on the normal food supply. Eggs, anyone?

The engineering of Salmonstein (I like that one better) requires a growth hormone producing gene from the Chinook salmon along with a promoter gene from the ocean pout, an eel-like creature not so easy on the eyes.

The ocean pout is known for its ability to have an extraordinary tolerance for extreme cold. Transferring its antifreeze gene to the salmon allows the fish to grow year-round, even in freezing conditions. The pout gene is the on-switch (promoter) that activates the borrowed growth hormone gene. As a result of this science experiment, the modified salmon grows twice as fast. What would have taken 3 years to reach full size is now ready for your spicy salmon hand roll in 18 months. Sounds strikingly similar to what we did with hormones in cattle and chicken feed. How’s that working out for us?

I could almost hear the Weird Science theme song as I wrote that. Oingo Boingo rocks!

My first reaction to hearing this nonsense was fear that the GMO fish could escape from their ocean pens to mingle with and eventually contaminate the wild salmon population. Fortunately, AquaBounty was one step ahead of me, as they are committed to keeping their fish in inland tanks away from the ocean.

They also assure us that all fish will be female and sterile.

Okay, that’s just weird. I am NOT eating that.

Then again, if Salmonstein is no different from farmed fish, then why the isolated quarters? That’s either an admission that the fish in fact are different or it’s a public relations move to keep the environmentalists quiet. They can be a loud bunch.

Speaking of public relations, the FDA has one heck of a task on its hands. One anonymous government official was quoted as saying, “It’s going to be a PR issue”. You got that right. While most of the country let GMO corn and soy slide, there‘s not a chance they’ll turn a blind fork to Salmonstein. Americans are dead serious about their main courses.

Then again, just how will we know if the salmon at the seafood counter is on more growth hormone than Roger Clemens (low blow, I know)?

Supposedly the FDA will be holding a public hearing to discuss labeling. But we all know that this is just a formality. Let the little people have their day.

If the FDA mandated GMO labeling for Salmonstein, then the corporate food giants who have fought long and hard to keep labels off of their GMO foods would be pressed to follow suit. Corn chips. Soft drinks. Milk. Bread. Soy burgers. Over half the supermarket would require a label. Definitely not good for food companies who would rather you had no choice.

The most significant fallout of this fiasco is the future. What’s next? Once salmon swims through the FDA’s nets, more will follow. GMO versions of beef, chicken, and pork will be here before you know it. Once the fish passes, there is no going back.

Being the optimist that I am, maybe there’s a bright side to Salmonstein. Genetically modified foods are now part of the national conversation. Okay, it’s a side conversation, but people are talking. The FDA has provided us foodies and health advocates with an opportunity we did not have prior to this story hitting the web.

The overwhelming majority of Americans do not know that 90% of soybeans and 60% of corn are GMO.

They don’t know that some of the foods we consume everyday make their own pesticides.

They’ve never heard of gene guns, the imprecision of gene insertion, and the potential for collateral damage.

Nor do they know that there are many countries that will not accept GMO food into their food supply. The very same processed foods containing GMO ingredients here contain non-GMO ingredients elsewhere.

They don’t know about the sudden rise in allergies when GMO foods were introduced.

They don’t know that when given a choice, animals will not eat genetically modified feed.

They don’t know about the small farmers who have been ruined by GMO seed giants like Monsanto.

They’ve never heard of Jeffrey Smith or ever been told the story of Dr. Arpad Pusztai.

Napoleon Hill once said, “Every adversity, every failure, every heartache carries with it the seed on an equal or greater benefit.”

Let us use this case of federal ineptitude as an opportunity to educate, not just to complain.

Twenty years later, Weird Science is still one of my favorite flicks. But if I had the technology that Gary and Wyatt had, I wouldn’t create the perfect woman. I would build a more perfect Food and Drug Administration.

Say NO to GMO salmon.

This entry was posted on Thursday, September 16th, 2010 at 1:12 am and is filed under wellness. You can follow any responses to this entry through the RSS 2.0 feed.

7 thoughts on “Weird Science: GMO Salmon Coming to a Plate Near You”