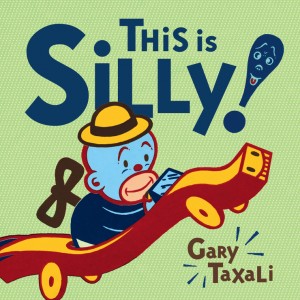 I wish I could tell you all about how busy I’ve been, but to be honest I’ve just been kinda chillin’. The radio show has been on a month-long hiatus (Robb Wolf this Thursday!). The “did you know” Facebook posts have taken a break. And I finally dusted off the Tweetdeck last night.

The TV show is in production. Just yesterday, my crew and I went over to Mark Sisson’s place and filmed our third episode. So far, we’ve shot with Gary Taubes, Todd Durkin, Dr. Tom O’Bryan, and Steve Cotter. You guys are going to LOVE the show!

What else is going on in Croxton World?

Well, I think I’m going through a phase that all health bloggers go through at some point or another. It’s the point at which we ask ourselves just what the heck else can we say about food that we haven’t said before. And how do we continue the discussion without losing the average Joes and Janes who just want to eat/live well and without attracting the neurotic orthorectics who turn food into a religion?

There’s a sign on the wall at my gym that says, “You can’t exercise your way out of a bad diet”.

True, indeed. But you also can’t:

* eat your way out of a high-stress lifestyle

* eat your way out of lack of sunlight

* eat your way out of having no purpose in life

I was listening to the Great Health Debate call with Dr. Mercola and Dr. Gabriel Cousens. Both are highly successful doctors using completely opposite nutritional protocols with their patients. The name Harold Kristal, D.D.S., author of The Nutrition Solution, a book about Metabolic Typing, came up in the conversation. Dr. Cousens made the point several times that Kristal, a meat eater, died of cancer.

This is the absurdity of the food debate. A man eats meat and he dies of cancer. The meat MUST have killed him.

Let’s forget about how stressed he may have been or lack of sleep he may have gotten. Let’s just set aside any other component of his lifestyle (or genetics) that may have contributed to his death by cancer. It just HAD TO BE the meat.

Is this what we’ve come to? Has no vegan ever died of cancer? Then again, if you listen to a staunch omnivore, you would assume that no vegan ever lived a healthy, long life either.

It seems as though our movement has drifted away from holism and toward dietary tunnel vision in a poor attempt to prove ourselves right and everyone else wrong.

It just makes me wonder. I know all about the time, effort, and research it takes to become a fairly well known blogger. So, I can’t help but ask myself if the late hours we spend researching food are counteracting the good we’re doing through our diets. I wonder if the anger and resentment some of us express when, for example, Oprah has Vegan Week is worse for us than the sugars and trans fats we encourage others not to eat. It is said that anger causes cancer, too.

I read the comments after I post my YouTube videos. A lot of them have to do with viewers being so fed up with the health game that people don’t know what the hell to eat anymore.

Meat is bad. But wait, meat is good. But wait again, I read Inflammation Nation last week and the author says that egg yolks and meat are high in arachidonic acid and cause inflammation. But wait just one more time, because I interviewed Mark Sisson yesterday and he said meat and egg yolks are good.

Wasn’t sugar bad for us last week? Well, today we have the Ray Peat crowd who say it’s good for us and that if we don’t have enough of it we’ll fry our adrenal glands and slow down our thyroids.

Sheesh. When is enough enough?

It reminds me of a quote I came across a couple months ago. You can hand a man (or woman) a watch and ask him to describe how it works. The only catch is that he can’t take the watch apart. The man can draw you a picture and tell you a beautiful story about how he thinks the watch works. The next person will draw his own picture and will have a very different, yet equally convincing story. It goes on and on until someone finally grabs the watch, takes it apart, and actually witnesses what makes it tick.

And that’s exactly what we have, a bunch of stories. Dr. Cousens has his story, as exemplified by his ten-minute monologue of statistics regarding the consumption of meat and increased risk of various diseases. Dr. Mercola has his story. Kristal had his. The Weston A Price crowd even has a book to back their story up. The Paleo crowd has fossils, spears, and really old poop samples.

The question is whose story resonates the most with you.

Don’t get me wrong. It’s fun and intriguing to try to figure it all out. But none of us will ever have the opportunity to take the darn watch apart. The pictures we draw and the stories we write today will be proven dead wrong tomorrow. That’s kinda how it goes.

And not just that! Get to bed on time. Keep your stress levels in check. Participate in loving relationships. Have a social life. Get some exercise. Go barefoot (blog coming soon on this topic). Get some sunlight. Be happy.

In a nutshell, LIVE.

Now, if you have some kind of condition that requires specific dietary guidelines (leaky gut, celiac, gluten sensitivity, diabetes, etc.), I can understand the need for more specialized information. But in my opinion, I think the average person just looking to get healthy and fit gets turned off by what amounts to a mountain of conflicting information and silly points made about guys who happened to eat meat and died too.

I know people who won’t even hang out with their friends anymore because they’re afraid of being put in a position that may lead to “bad eating”.

Really? Is it that serious?

Is the stress some people feel about making the wrong food decisions better or worse than just letting loose and making poor choices every once in a while?

And do we really need to feel a sense of pride when Paul Chek says he’s eating meat again?

I love being a blogger. I love studying health. But I have to admit that some of this stuff is downright silly.

Eat real food. Listen to your body. Live a great life. And do what works for you.

Man, I forgot how fun this blogging thing can be!