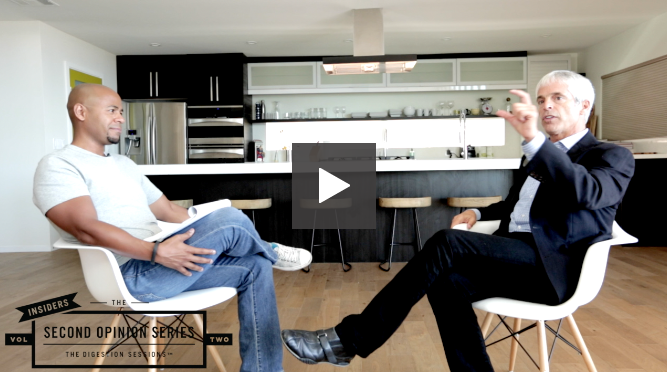 Me: Well, I just prefer to protect my digestive lining and immune system. Have a good night.

I walked away wondering what that was all about. Since when did the bagger at the local market start snidely questioning my personal grocery decisions?

Turns out an anti-gluten-free story had been making its way around the internet, quoting a published 2013 study claiming that there were absolutely no effects of gluten on people who did not have celiac disease.

Thus the cross-examination from bagger dude.

And it wasn’t just him. That very same night, I was watching Chelsea Lately and actress Charlize Theron went on a rant about how “gluten-free is bullsh*t”.

Her words, not mine.

I was so ticked off, I had to open up my Twitter and let her know how I felt about her.

Anyway, a couple weeks later I was hanging out with our friend and Gluten Summit host, Dr. Tom O’Bryan. Of course, I asked what he thought about the matter — not just the story itself, but the actually study it was supposedly quoting.

Speaking of the study, I highly doubt the blogger who started this nonsense even read it.

Click HERE to watch a fired-up Dr. Tom tell you what the study REALLY said during his Digestion Sessions presentation.

Maybe my bagger will leave me alone now.

This entry was posted on Thursday, August 14th, 2014 at 7:58 am and is filed under wellness. You can follow any responses to this entry through the RSS 2.0 feed.