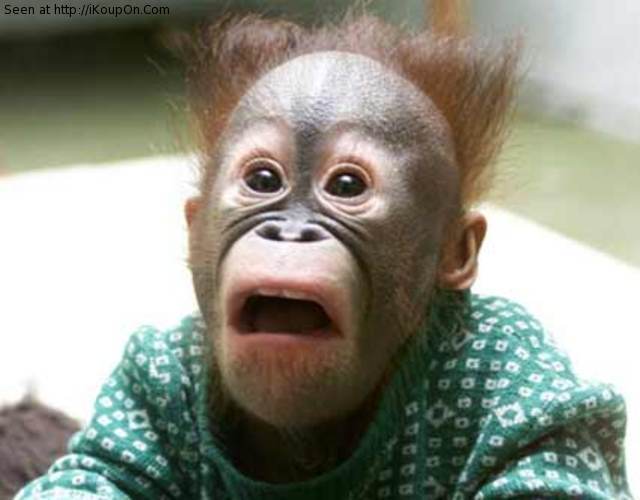 Mediocrity is an interesting place to live.

It’s like a default setting for human beings who wish to do more with their lives but just can’t get — or keep — going.

There have been days when I longed for mediocrity and normalcy. You may even remember the time when I shut down my YouTube channel and social media accounts. My goodness, you have no idea how awesome that felt. No longer would I have to deal with 8 billion emails every morning. Never again would I have to wake up to find another smear video by the fruitarian dude posted on my Facebook wall. And I wouldn’t have to worry about getting caught in line at Whole Foods with a slice of chocolate cake in my basket.

I just wanted to make edu-taining health videos. I didn’t sign up for all of this other stuff!

Leading up to my meltdown, I had convinced myself that I couldn’t deal with you guys — the readers, listeners, and viewers who followed me online. But the truth of the matter is that the fear of success had taken over both my subconscious and conscious minds and had its way with me.

But as I like to say, every breakdown is followed by a breakthrough. And here we are, almost two years later, still cranking away at it. And having a ton of fun doing it.

It’s interesting that we are so very familiar with the fear of failure, but seldom do we ever consider how we fear success at the same time.

It almost sounds oxymoronic. How can we fear what we desire the most?

When we fear failing and we fear succeeding, what’s left is mediocrity, a place where an overwhelming majority of us are living, maybe never to know how powerful we can be.

When I first read through Dr. Srini Pillay’s book Life Unlocked, I nearly peed my pants by how much I could relate to the chapter entitled Fear of Success. I read these fears aloud to my girlfriend-at-the-time, and after each one she would say, “Oh, I remember that one. You had that one bad!”

It was a trip.

So today I’d like to share a handful of these fears with you, as outlined by Dr. Pillay. Because in our quests to become Professional Human Beings, it is imperative that we are clear about the obstacles that may stand between us and our goals so that we may remove them and move forward.

In the sections below, I will make references to health and fitness goals. However, the fears of success can apply to any aspect of your life. Here goes….

The Loneliness of Success: The fear of loneliness can certainly stand in the way of achieving success, as being successful requires an inordinate amount of independent study and practice. In other words, it involves lots of alone time. I can relate to this one. I’ve likely spent many thousands of hours reading books on health. No one else was there while I was doing it. It was just me.

Imagine how many hours Michael Jordan spent taking jump shots when no one else was around. Tens of thousands of hours, I’m sure! I know a lot of people who can’t do anything by themselves.

And while I can attest to the many hours of alone time to gain expertise, I can also vouch for its rewards. Nothing makes us bigger people magnets than success does. Think about it, what would you give to have lunch with Michael Jordan or any other person you consider to be successful?

In terms of fitness and health goals, loneliness may involve having lunch by yourself while your co-workers grab a pizza. It may involve working out solo when no else will show up. What’s funny is that once you achieve your goal, everyone will want to eat and work out with you! They’ll all want to know your “secrets”. But the truth is that while they were eating, watching TV, and doing all of the wrong things, you were doing all of the right things all by yourself. There are no secrets to share. You just had a reason to achieve your objective that was much bigger than your fear of being lonely. That’s all.

The Responsibility of Success: Ever picked up a tabloid mag or spent some time on the TMZ website? Success may bring plenty of rewards like fulfillment, sense of accomplishment, and money, but it also generates what can turn out to be an intense amount of scrutiny. Living life underneath a ginormous microscope just can’t be that much fun!

If your goal is to lose 30 pounds of fat, you will likely find that everything you put into your mouth is under constant scrutiny. Does that salad have gluten in it? Is that tap water you’re drinking? I thought that was bad! Oh, you’re taking another day off from the gym, what’s wrong? This kind of scrutiny can really stack up on you, trigger the brain’s inhibitory pathways, and sabotage even the best of intentions.

I like to follow Bill Cosby’s advice — “I don’t know the key to success, but the key to failure is trying to please everybody.”

Fear of the Unknown: Better the devil you know than the devil you don’t. Choosing success is equivalent to choosing the unknown and moving closer to it. Imagine walking down a darkened tunnel. I’m sure you wouldn’t walk the same way you would if the lights were on. Instead, you experience something called anticipatory anxiety. When this happens, inhibitory circuits in your brain light up, thus impeding the function of the brain’s action centers. No action, no success.

Like the guy in the movie What About Bob says, “baby steps”. When you focus on small actions, your prospects of succeeding are much greater than when you solely focus on the end game. One workout, meal, and day at a time, my friends. Or like my main man Todd Durkin says, “Win the day”.

Winning the day produces far less anxiety than winning the next 6 months.

Fear that Once Success is Reached, The Drive to Succeed Will be Lost: I’ve totally been through this one. I call it What’s Next Syndrome. When I finished writing The Dark Side of Fat Loss (DSFL), I wasn’t overwhelmed with joy by any means. I was actually kinda bummed. Why? Because I fell in love with the process of writing it. I didn’t really want to finish it. I was addicted to the sense of focus, drive, and attention the writing process gave me.

After I launched DSFL, you may recall that I went through a phase where I didn’t know what I wanted to do with myself. My mind was all over the place. My brain went from intense focus to complete chaos!

I’ve seen this very same state in many of the clients I have worked with. They own the process of getting healthier. It consumes them, almost like a hobby. For many, it is the first time they have ever had a purpose in life. Consciously they want to get healthier, but subconsciously the idea of succeeding becomes a threat to the very process of achieving. Or as Pillay writes, “the challenge of being starts to erode the achievement of becoming.”

Enamoring yourself with the process of becoming healthy can result in the letdown of actually being healthy — that is, if you can’t find some sense of continued meaning in succeeding.

Anyway, I’m running up on my 3-Page Rule. The rest of Dr. Pillay’s Fears of Success are:

* The disorientation of success

* Fear of not being able to maintain success

* Fear of losing our identity

* Fear of being “found out”

Later this week, we will talk more about how to resolve the conflicts in our heads and turn them into action. In the meantime, listen to THIS INTERVIEW I recorded with the doc on UW Radio.

This entry was posted on Tuesday, April 10th, 2012 at 4:19 pm and is filed under mind. You can follow any responses to this entry through the RSS 2.0 feed.

13 thoughts on “The Blog about Fear of Success and Stuff…”