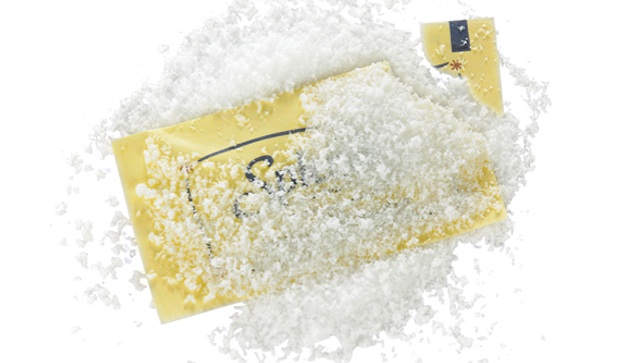 Am I the only one who finds this just a tad bit bothersome?

I don’t write this to scare you. That’s not my thing. But considering that millions of people around the world sprinkled this stuff in their coffee this morning, I kinda feel like this is something they’d want to know.

A few days ago, while reading The Hidden Plague, I stumbled upon yet another startling fact about the sweet insecticide.

In this Duke University study, researchers found that Splenda caused significant reductions in gut flora. In other words, it kills the good bacteria in your gut — at a dosage far less than the Accepted Daily Intake set by the FDA, by the way.

Yes, leaky gut — the very problem lying at the root of autoimmune conditions like rheumatoid arthritis, Hashimoto’s thyroiditis, MS, and…

If Graves’ disease is the most poorly named health condition, then hidradenitis suppurativa (HS, for short) is running a close second.

Poor naming aside, an estimate 12 million Americans are dealing with this certainly frustrating autoimmune condition characterized by boils and lesions — often filled with pus — developing on the skin, sometimes taking months or even years to heal.

Most have no idea they have it, while others don’t know what to do about it.

And, you guessed it, medical doctors tend to be ignorant of the condition’s existence, often misdiagnosing it as adult acne.

Misinformation abound, the truth is that no cream, cleanser, antibiotic, or surgery can address the real cause of an autoimmune condition, a leaky gut.

This week on Underground Wellness Radio, Tara Grant, author of The Hidden Plague, reveals how after 15 years of frustration she was able to put her HS into remission by healing her gut with an autoimmune paleo approach.

NOTE: The information in this episode applies to people with any autoimmune condition, not just HS. Don’t miss this.

Here are my time stamps so you can fast forward to the good parts!

5:17 – The emotional turmoil of going 15 years without a diagnosis.

7:06 – What exactly is Hidradenitis Suppurativa, and how common is it?

16:10 – The smoking gun that HS is an autoimmune disease.

18:56 – 2 commonly consumed antinutrients that poke holes in your gut.

24:36 – Hold the ketchup! Why nightshades are a BIG problem for people with autoimmunity.

26:13 – Why cow’s milk is “especially bad” for autoimmune conditions.

29:45 – What Splenda does to your gut bacteria…and your weight!

35:00 – Can antibiotics wipe out your white blood cells?

And STOP eating insecticides, my friends. 🙂

This entry was posted on Thursday, July 3rd, 2014 at 9:56 am and is filed under podcast, wellness. You can follow any responses to this entry through the RSS 2.0 feed.