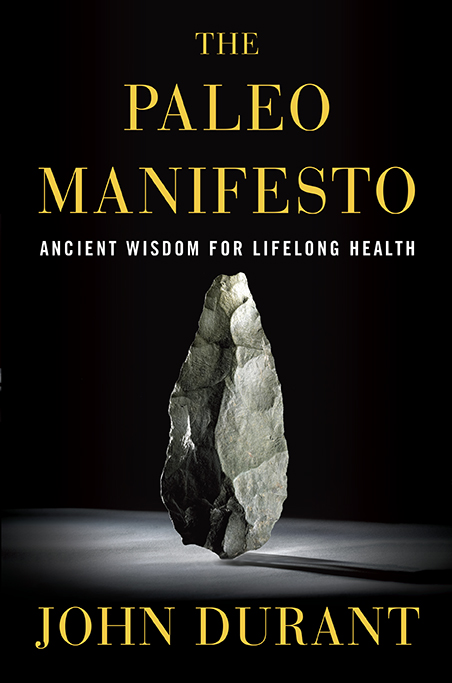 Here are my notes!

4:35 – How John became fascinated with the paleo lifestyle.

5:33 – What humans can learn from zoos and animals in captivity.

8:28 – How to tweak the human habitat to produce a healthy species.

10:30 – Do we need to replicate Paleolithic man and woman to be healthy?

14:26 – The emergence of religions as humans became city dwellers faced with the reality of infectious disease.

15:07 – Wash your hands! Mosaic law’s obsession with hygiene and cleanliness.

18:52 – Why the Israelites were exempt from the plagues.

20:24 – The Torah forbids pork and shellfish, then why are they okay to eat now?

23:26 – How biohacking lies at the very core of evolution.

26:00 – Why things get worse before they get better when there is a change of habitat.

27:16 – Homo Invictus: How the human species moves forward by unknowingly pushing the limits of our existence and discovering novel habitats.

30:32 – The art of standing. How some of the world’s greatest thinkers worked while standing up. Plus, quick tips for adding some stand-up to you life.

34:40 – How standing up can raise testosterone levels.

35:55 – The connection between our obsession with reducing fevers and the rise of cancer.

40:40 – How the decline in hunting is becoming an environmental problem, including overpopulation, starving animals, and invasive species.

45:45 – The power of disgust and how it can drive moral judgments, including judgments regarding food and the people who eat “disgusting foods”.

49:41 – The boycott on milk. How the vegetarian refusal to support ethical farms hurts the food system.

Click the PLAY button below to check out the entire interview. And click HERE to order his book. It rocks!

Sorry, no new white board video this week. Things have been crazy around here with Real Food Con coming up next month. Will post 2 videos (at least) next week. Promise!

This entry was posted on Friday, September 20th, 2013 at 2:22 pm and is filed under podcast. You can follow any responses to this entry through the RSS 2.0 feed.