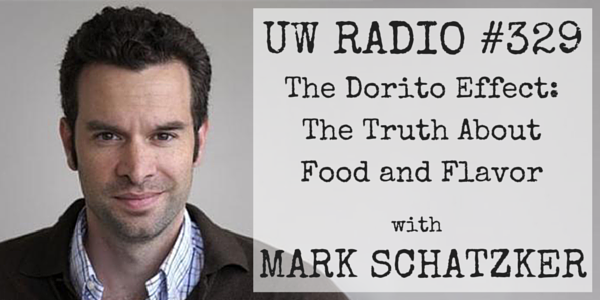 I’m almost ashamed to say this.

But there’s a very good chance that a real foodie like me has never actually tasted real food.

And there’s a strong possibility that you haven’t either. Check this out…

Back in March of 1948, a man by the name of Doc Pierce offered a prize of $10,000 to the person who could breed what he called The Chicken of Tomorrow.

This “perfect” large-breasted chicken would be judged on how fast it grew, how feed-efficient it was, and how closely it resembled wax models created by Pierce himself.

But Pierce and his judges ignored one important thing…

The result: an almost-flavorless bird (The Bird of Today) that, according to famed chef Julia Child, “tastes like the stuffing inside a teddy bear and needs strong dousings of herbs, wines, and spices to make it at all palatable.”

On my way to New York a couple weeks ago, while on a layover in Kansas City, I ordered a plate of barbecue chicken, stripped it of its sauces and flavorings, and found that Julia was right.

Award-winning food journalist Mark Schatzker, author of The Dorito Effect, might say my chicken had been “dorito-fied” — loaded up with artificial flavors to cover up the fact that what was once a delicious bird needing only a sprinkle or two of salt and pepper was now essentially a blank slate.

And it’s not just chicken. Beef, pork, and any inappropriately-fed animal have met the same fate. Yes, even organic.

Fruits and vegetables, once bursting with flavor, are now plump with water and bred with yield in mind, to the detriment of taste and nutrition. And it’s making us fat (and hungry).

Flavor dilution is the new normal. Meanwhile, the food flavoring industry has made a science out of covering it all up while engineering addiction at the same time.

As Mark writes in The Dorito Effect (released today), “The food crisis we’re spending so much time and money on might be better thought of as a large-scale flavor disorder. Our problem isn’t calories and what our bodies do with them. Our problem is that we want to eat the wrong food. The longer we ignore flavor, the longer we are bound to be victims of it.”

Mark’s book is hands-down the BEST book I’ve read all year. I read it twice, something I seldom have the time to do anymore.

And I was beyond privileged to discuss his book with him in today’s episode of Underground Wellness Radio. This is must-listen stuff.

If you’re looking for the link for getting real tomatoes, here ya go:

See you next week with Dr. David Perlmutter, author of Brain Maker.

This entry was posted on Tuesday, May 5th, 2015 at 11:44 am and is filed under podcast, wellness. You can follow any responses to this entry through the RSS 2.0 feed.