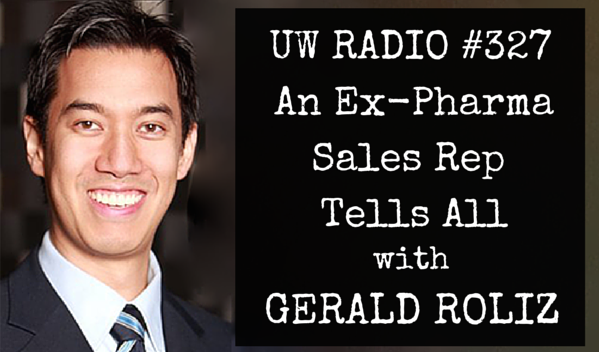 After five years of wining, dining, and closing sales, Gerald walked away.

What happened during those five years (as well as what has happened since) is both a troubling and inspiring story of a fractured health care model and one man’s integrity.

In today’s episode of Underground Wellness Radio, Gerald Roliz, author of The Pharmaceutical Myth, tells his deeply personal story of what really happens behind the scenes at many medical offices, how drug reps influence prescribing behaviors, and why he decided to give it all up to become a holistic healer.

I loved this episode. And so will you.

See you next week!

This entry was posted on Wednesday, April 15th, 2015 at 9:33 am and is filed under podcast, wellness. You can follow any responses to this entry through the RSS 2.0 feed.